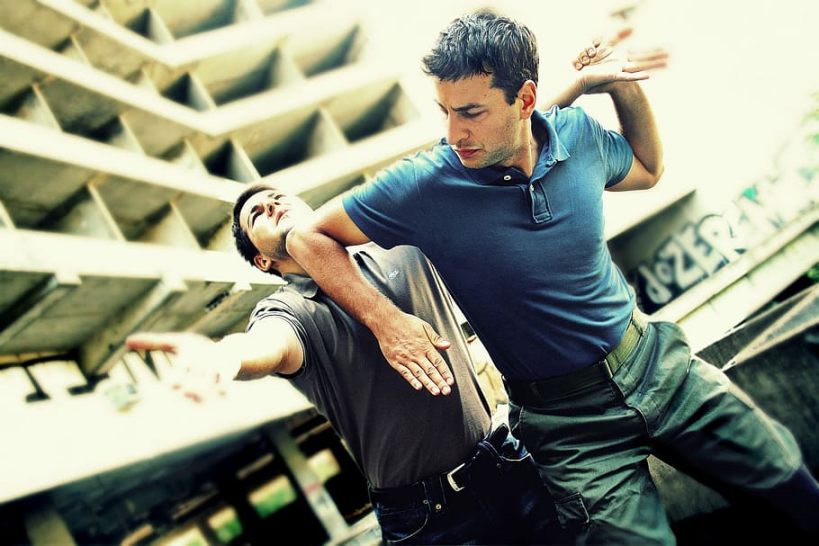 How to win a fight and what you should NOT do

One of the most important things a person can learn is to adequately defend themselves whenever they’re in a situation in which they are threatened with violence. To help you out, we’ve constructed this ‘how-to’ fighting guide in order to help instruct you on how to win in a fight.

Things To Know About A Street Fight

There are important things you need to know about a street fight if you ever find yourself in this unfortunate situation.

Once you know these important facts about a street fight, you’d better be prepared for the situation.

What Should You Not Do In A Fist-Fight?

While having a grasp on technique and strategy is important, some might say that understanding what not to do is an equally crucial component of how to fight. There are numerous things you should not do in a fight, several of which can be found below:

Probably the biggest mistake you can make is starting a fight by throwing the first punch. Some will tell you to be first, but that makes you the person who started the altercation – which means you may go to jail with an assault charge.

If you pick an object and try to hit your assailant with it, then you will likely end up with an ‘assault with a deadly weapon’ charge against you.

If you try to start something with someone who is with a group of people, chances are they will step in. In that case, you’ll quickly find yourself in a no-win situation.

How do you win a first fight?

The best way to prepare for a conflict is to routinely train in some type of martial art. Training in some type of combat form is a vital life skill everyone should learn – that way you’ll know how to respond when threatened with violence. The best way is to train in a quality MMA gym but if you can’t get to one doing a MMA workout routine at home can be a good start.

If you’re wondering how much it costs to train in martial arts, be sure to check out our guide to training costs.

Here are some martial arts that will serve you best on the streets.

Boxing is great for self-defense and for getting the upper hand in combat, but it does have flaws. Sure, you may be able to land a good punch, but boxing lacks any real grappling system.  In an altercation on the street, your opponent may grab you and if you specialize only in boxing, you will find yourself out of your depth quickly.

Kickboxing is also an excellent discipline to learn, although, like boxing, it is still lacking in grappling. It’s certainly very effective to know if you remain standing, but again, your opponent might try to take you to the ground.

Brazilian jiu-jitsu can definitely help you win a conflict quickly and efficiently. With BJJ, you can cut the distance, get a hold of an opponent, and stop them from landing a punch – all while minimizing risk for yourself.

This martial art was also developed to help you fend off a bigger and stronger opponent. Once you have your assailant in a chokehold it doesn’t matter how physically strong they are or what their weight is.

BJJ is fantastic, but many gyms fail to properly teach you how to defend strikes – meaning you always run the risk of taking unnecessary damage.

Mixed martial arts or MMA is a fighting style that encompasses each and every aspect of combat and as a result, it is among the most suitable styles for efficient fighting – something that makes it easy for us to recommend joining an MMA gym.

No matter if an opponent takes the swing at you or grabs a body lock, you’ll be prepared. Even if they take you down by surprise, you know how to defend yourself on your back. If you train for a bad situation like this enough, you’ll be able to sweep them, take their back, and choke them.

Krav maga is like MMA, meaning you learn to punch, kick, and grapple but instead, it focusses on real-life situations where your life is threatened. It was created for the Israeli military after WWII and was designed to take out an opponent by any means necessary.

With krav maga, you aren’t fighting an opponent, you’re fighting an enemy trying to kill you.

It isn’t just about winning, but also about saving your life.

By knowing krav maga you will always be prepared for the worst-case scenario.

Whenever you enter a place like a bar, look around, and always make yourself aware of where the exits are. This way you’ll always have a way to avoid a confrontation. If you’re being challenged by a group of potential assailants, the best thing you can do is run away.

A person that tries to start fights in public is usually violent and untrained, making them even more dangerous because you don’t know what they’ll do.

How Will They Try To Fight You?

Usually, people that want to do something like this will fight wild with emotion. They will look to try to end the conflict quickly. This is because they probably aren’t trained and only have the cardio for maybe a minute before they get tired.

One thing you can is they’ll attempt a wild swinging punch followed by trying to grab you while throwing rabid shots. These types of people always try to take your head off with the first punch.

Now that you know some things about your opponent here are some fighting tips. Doing these things will definitely help you win a street-fight every time.

Fight to control the distance immediately. Always try to make space and then take it when you’re ready. UFC fighters such as Conor McGregor and Israel Adesanya are masters of distance control.

Even before the fighting starts you should have your hands up. This is to protect your face and avoid anything that your opponent might try without warning. Keep your hands open and in front of you ready to react. You can’t let them land any strikes first or you’re instantly at a disadvantage.

When you get into a fist-fight, the best thing you can do is grapple. When exchanging punches, you’re more likely to be hurt and the opponent could land a lucky shot. Also, you could injure your hand if you’re throwing punches.

Grappling cancels out their ability to hit you by grabbing a hold of their body and taking them down. On the ground, you can control them better and avoid getting hurt. Control and risk management are everything in a street fight.

There are many advantages to training in a martial art that includes grappling. Having the ability to take an attacker to the ground and control them is your best chance at winning – especially if they have no idea how to counter.

There are five places you should look to strike in a fight. Hitting them in these locations can immobilize them and end the altercation.

These five places include:

If they can’t see, they can’t fight. This is why landing a precise, hard shot at their eye is a good idea. If you damage their eye or break their orbital with a closed or open hand it will end the fight nine times out of ten.

The same goes for their nose. If you’ve ever been hit in the nose, you know how much it can hurt. A good strike that will break their nose will give them severe pain and restrict their breathing.

Striking them in the throat will also restrict their breathing and stop a fight, but take care. Only hit them hard enough to immobilize them and with the fight. Hitting them hard enough or repeatedly could kill them.

If they can’t walk, then they can’t fight. Taking out their knees will immediately stop them from being able to fight. A front kick, sidekick to their knee will immobilize them, so you can get away.

There is no shame for going for the groin in a street fight. A hard strike to their groin will end the fight immediately – as they will likely be doubled over on the ground in severe pain.

Be smart and be ready

After reading all of these tips you should be better prepared and know how to win a street fight. Of course, your goal should always be to avoid a fight whenever possible, but sometimes it’s just not possible. With these tips, you can give yourself the best chance possible at avoiding serious harm if you do, in fact, end up in a confrontation.