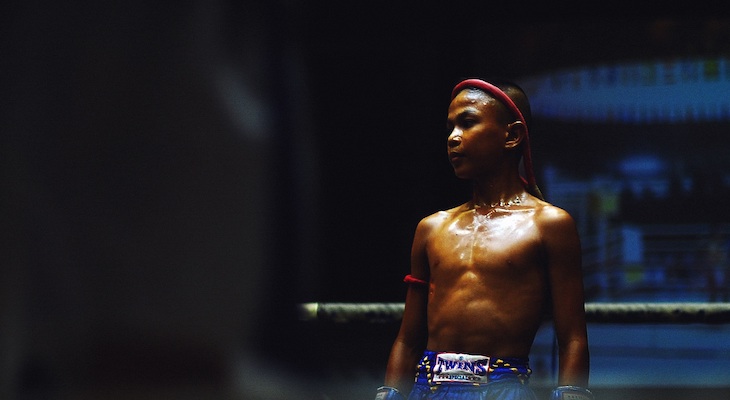 The 7 Top Mixed Martial Arts Movies of All Time

Being a relatively young sport, MMA actually has quite a few movies centred around cage fighting action. Most are pretty average, but some are great. We’ve gone through the bad, to find you the best, in our list of the 7 best MMA movies you can watch today.

We’ve picked a range of movies about MMA for our top 7 fighting movies list — funny, serious, cheesy, and just damn good. Let’s take a look at what the best the silver screen has offered us in terms of mixed martial arts movies.

Dripping with cheese and and all of the clichéd martial arts toppings, Never Back Down makes the list due to it being one of the first movies to depict the modern sport of MMA. And it’s pretty good guilty pleasure to boot.

Starring a Tom Cruise look-alike in Sean Farris, he plays the lead character Jake Tyler, who you guessed it, is a troubled young man who is quick to lose his temper.

At a highschool party, he’s dragged into a fight with the school’s MMA champ (lol) and resident tool, Ryan McCarthy, played by a well cast Cam Gigandet.

Jake finds his way to the local MMA gym, where coach Jean Roqua (given dramatic weight by Dijmon Hounsou) offers to train him, if he just stops throwing hands outside of the gym.

Big surprise, our friend Jake is a big ol’ hot head and can’t keep himself out of trouble, and so has to find a way to redeem himself.

It also stars a delicious Amber Heard as love interest Baja Miller, if you’re into that sort of thing.

Again, it’s full of stereotypes and dumb as rocks, but we challenge you not to be entertained by it.

Bloodsport features the breakout performance for the muscles from Brussels, Jean-Cleaude Van Damme. Famously known for being able to crack a walnut between his flexed buttocks (1), JCVD was the man when it came to 80’s and 90’s silly-but-serious martial arts films.

The Kumite tournament is an underground, no holds barred tournament where people of different martial arts disciplines fought each other, sometimes to the death.

Basically, imagine UFC 1, but it was cool if people died.

There are goodies, baddies, and some sweet martial arts moves that would never work in real life. Oh, and the plot is pretty stupid too.

But in terms of iconic 80’s martial arts movies, you won’t do better.

Okay, this one’s a funny one, starring Kevin James. We know, we said Kevin James and funny in the same sentence, bear with us here.

So yeah, you bet Scott is going to try and raise money to save the music department. For y’know, the kids and stuff.

Niko was a former MMA fighter with links to the UFC. Now Scott, he used to be a Div I college wrestler, so he thinks he can raise some money fighting in mixed martial arts tournaments.

Let’s just say Scott makes an extremely unlikely (but super fun) rise to the UFC, where he hopes to win the money for his school, and the affection of Bella.

It’s actually funny, and you really do root for Scott as he gets beaten up on his way to the top of the MMA mountain. All in all, it’s about as close as you can get to a UFC movie, and it’s a great lazy Sunday watch.

Okay, this one is more Kung Fu than MMA, but it’s on our list of best MMA movies for two reasons — it’s a genuine classic, and there would be no modern martial arts without our boy Bruce Lee.

Lee plays well, a guy called Lee, who is chasing a drug dealer whose gang killed his sister.

The dude he’s chasing is such a huge baddie that he has his own fortified island protected by his martial artist goons.

Oh, and of course this baddie has a martial arts tournament that Lee enters to gain access to the island. James Bond stuff right here folks.

“A good fight should be like a small play, but played seriously. A good martial artist does not become tense, but ready. Not thinking, yet not dreaming. Ready for whatever may come. When the opponent expands, I contract. When he contracts, I expand. And when there is an opportunity, I do not hit. It hits all by itself.”

Lee then hee-yahs his way to glory with a wide variety of martial arts skills to kill the bad dudes and seek revenge for his sister.

Enter the Dragon has no special effects, no CGI, just some of the best martial arts battles ever captured on film.

This was the last movie Bruce Lee made before his death, and is considered his swan song to martial arts and the movies.

This is a seriously impressive martial arts flick, and blew the socks off anyone who watched it for the first time.

Ong Bak stars an unbelievably athletic Tony Jaa as Ting, who comes from a small village in Thailand.

Some no-good thieves from Bangkok raid his village and steal the head of their treasured Buddha statue. Ting then volunteers to go to Bangkok to retrieve the statue’s head to restore peace and prosperity in his village.

Oh and it has subtitles. But chill out, you won’t care a bit once you start watching.

The plot, honestly isn’t really that important though, as Ong Bak is all about the incredible martial arts feats of star Tony Jaa. Seriously, the dude is nuts.

The martial arts action in this film will keep you glued to your seat, while you simultaneously feel pumped up, and useless that you too can’t do a 540 no-scope crescent kick into a heel hook.

Grab some popcorn and settle in for some crazy martial arts movie fun.

This one is more about the story of martial arts values than the action, but it still has enough going for it that we’ve put it high up on our mixed martial arts movie list.

Tony has always turned away from fighting in tournaments for money and glory, instead focusing on the honor and discipline of martial arts.

“The belt is just symbolic. The belt, as Snowflake says, is to just keep your pants up.”

However, Tony gets conned out of a bunch of money, and is forced to enter a tournament for the first time in his life to win the money back to save his gym.

With cameos from Randy Couture, Mike Goldberg, and Shooto Heavyweight Champ Enson Inoue, Redbelt is a truly compelling watch, and we fully recommend it — you’ll be surprised how much you like it.

This is as big as it gets on the big screen for mixed martial arts — a serious, big budget drama about a realistic MMA tournament, and the people in and around it.

And despite that, you might have missed this film, as it was probably marketed as a bit too seriously for its own good, which might have ignored the typical martial arts movie fans.

Starring Tom Hardy and Joel Edgerton as at-odds brothers Tommy and Brendan, Warrior tells the story of their unlikely rise through the MMA world.

Tommy is an ex-Marine and wrestling prodigy who enters the SPARTA Tournament, the biggest mixed martial arts tournament in the world. Tommy is a bull in a china shop and his motives for winning mostly just lie in his anger for the world.

Brendan on the other hand, is a fighter turned modest teacher who needs cash before his young family goes broke and homeless.

The action revolves around the inevitable collision of the two brothers in the cage, and it’s a tough but gripping story to watch.

Along with some very realistic MMA action, the movie features Nick Nolte as their dad Paddy, who steals the movie, hitting you right in your Father-Son feels. Hard.

With great drama and excellent action, Warrior is our pick for our top fighting movie you can watch today. You won’t find a more realistic mixed martial arts movie that has such well developed, compelling characters, anywhere else.

Do you agree with our list of 7 best MMA movies? Comment below and let us know if we’ve missed one you think should be in here.

Menu
Scroll back to top